Overview – The Panama Hotel Legacy continues to be experienced today. The Panama Hotel Legacy Film producers, Big Story Group (BSG), have had the pleasure of knowing Jan Johnson, current Panama Hotel owner, for over a decade. We were inspired by her passion and commitment to the preservation of the history and cultural significance of this place, which could easily have been demolished if not for her efforts to honor the legacy of former owner, Mr. Hori. We had been talking with Jan about a film project for a few years and when we became aware the building was being considered for the National Trust for Historic Preservation National Treasures portfolio, we did a bit of double time to produce the nine-minute segment for the preview shown at the April 9th designation. 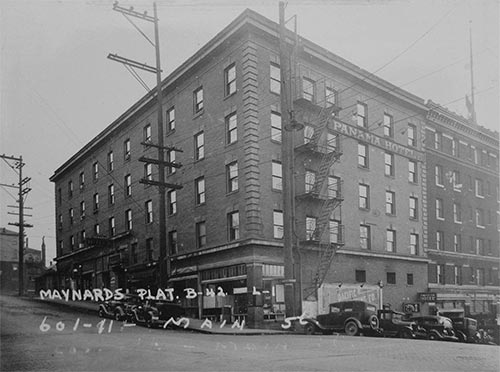 Big Story Group (BSG) is focused on digital storytelling including film, television, web and hybrid documentaries. The character and narrative part of this experience are critical to telling the story – which is evolving into more of a series than a one hour format. This project has the potential to be viewed in two one-hour segments or three one-hour segments.

Project Goals
As we learned more about Jan’s preservation efforts of the Panama Hotel over the years, we began to realize this particular story had not been told. BSG aims to capture and reflect the efforts of Jan Johnson who set out to preserve the building for history, education and its cultural significance for today and well into the future.  One of her priorities was to create a learning experience for all who visited or became aware of the Hotel. The life cycle of the Hotel is a key part of the story – it has continued to operate as a Hotel for the past 105 years. BSG wanted to capture the essence of Jan’s stories regarding the Panama Hotel which has virtually become a part of her DNA. This property also represents so much cultural significance and connections to community – especially the past. Stepping into the building is like walking into a time capsule.

This was an opportunity to not only tell the story of this particular landmark hotel, but also the strength of an independent woman business owner and her goal to protect the history and the stories of the Panama Hotel for years to come. BSG began talking with Jan some time ago and realized this was a tremendous story about the hotel and how it related to the community. It was also an opportunity to bring that information to a community that might be unaware or less aware about the events in U.S. history, specifically the unconstitutional incarceration of Americans of Japanese ancestry as a result of Executive Order 9066.

Project Highlights
As Jamie Ford (author of the New York Times bestseller Hotel on the Corner of Bitter and Sweet) framed in a very compelling manner, this is much more than a “a paragraph in the history books.” Here you have this really critical component of part of the citizens of our country swept under the rug. So like the belongings in the basement of the Panama, this is an opportunity to daylight some of the things that haven’t been spoken about. This film will hopefully become an educational vehicle to further share this information. Another major character in this film is Jan Johnson herself. One of the greatest tidbits or nuances around the story is how she acquired the building: a single woman, no attachment to family wealth, no credit – and yet she was determined to find a way to buy this building – to preserve it for history and education, bringing us here today.

Importance of the Panama Hotel Story 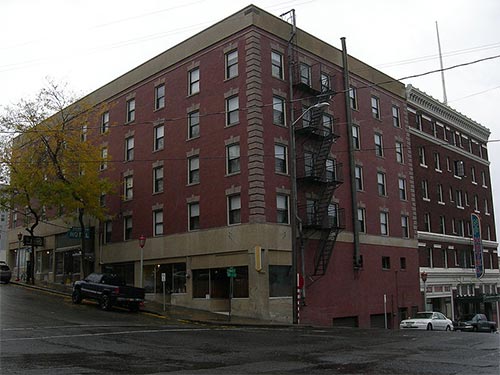 The current owner has dedicated what some would consider a life-long commitment over the past 30 years to saving a masonry building which could have been demolished years ago or may be significantly damaged in the next seismic event.  This further sparks the debate that is alive and well across the country – Why invest in saving these buildings at all? Aside from the obvious connection to our past and history, the legacies of these neighborhoods are critical to the storytelling of this country’s experience which is a primary reason for preserving this and so many other historic buildings. It is important for people to have access to this experience for today and tomorrow.

Jan has always wanted to provide some venue in the building where people could come in and have a learning experience and opened the Tea & Coffee House in the early 2000’s which she carefully designed the interior – preserving some of the original wall paper from 1910. That’s been her goal for the entire time she’s owned the building. This is really an opportunity to create ways for more people to understand and value what has come before them.

Project Favorites Thus Far
We got together as much footage as we could in advance of the National Trust private screening in Seattle and it was exciting to receive the recognition with a crowd of almost 200 at that event. The film seemed to resonate with guests in the room, many of whom approached us at the end to share they were looking forward to seeing the completed film, also conveying the importance of Jan, the hotel, and its new status as a National Treasure. There are many levels of opportunity and more stories to tell from here.