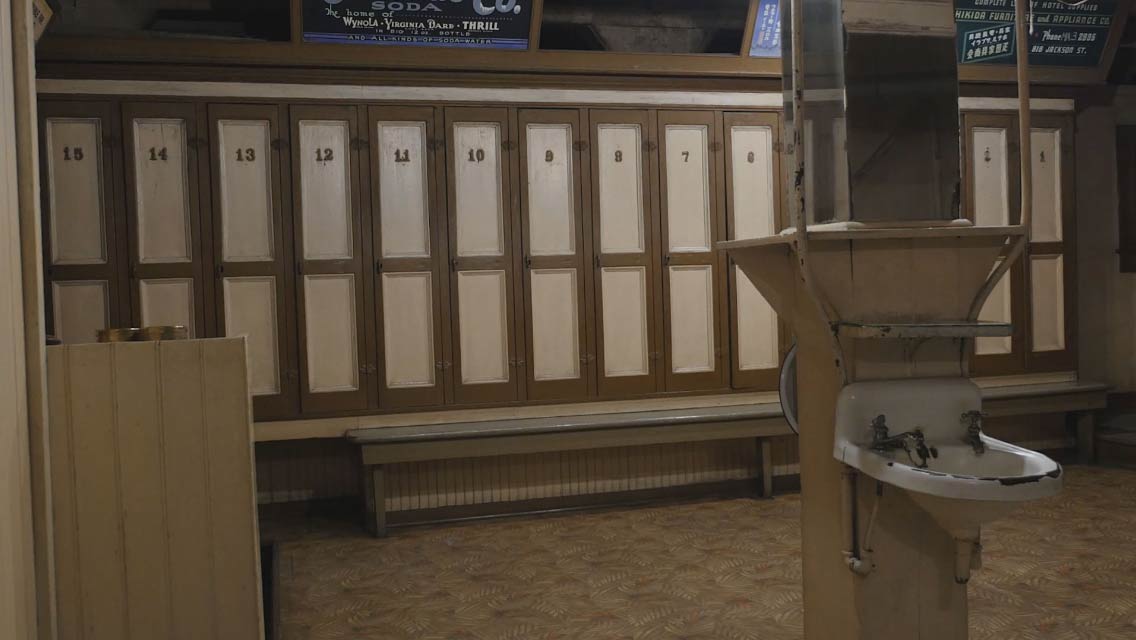 Adding to the cultural significance of the Panama Hotel was the opening of the traditional Japanese sento in 1916, a social center including a laundry and bathhouse, in the hotel’s basement.  Called the “Hashidate Yu,” the sento offered a place for guests and community residents to gather and share resources, network, and affirm cultural traditions.

The Hashidate Yu represents a 1200 year old tradition of Japanese bathing. Japanese sentos were a central feature of Buddhist temples, used in purification rituals. The temples also provided baths for the general public since many homes at the time did not have private facilities. Eventually, the religious implications faded but the sentos remained in use as gathering places. Japanese immigrants would locate sentos upon arrival in their new communities.

One of only two remaining intact Japanese Bathhouses (Sento), in the United States and the most well preserved in its original condition, these facilities served generations of Seattle’s Japanese community until closing in 1950. The Panama continued to operate as a Hotel.  The Hashidate Yu had separate baths – one for men and one for women and children.

Hundreds of requests are received from visitors all over the world hoping to take a tour of the bathhouse.  Owner Johnson has conducted hundreds of tours over the years to the public, including city, state and regional elected officials and other dignitaries.  Many of whom shared their experiences for the Panama Hotel Legacy film.

No longer in usable condition, the sento remains largely intact in the present structure, and is one of just two that remain in the United States from that era.